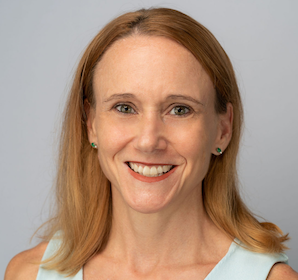 Carrie has earned her Masters degree (M.A.) in Speech-Language Pathology from Hofstra University in the United States and is certified as a Speech-Language Pathologist (CCC-SLP) by the American Speech Language Hearing Association (ASHA). She has been working as a Speech Language Pathologist in a variety of pediatric settings since 2000. Originally from New York, she has worked in Early Intervention, specialist preschools /schools and private practice in the Hamptons, New York City, Bermuda and the Middle East.

Her areas of interest include working with the pediatric population including children that are on the Autism Spectrum, those with language and learning delays / deviations, articulation and phonological delays, auditory processing disorder, voice disorders and oral-motor weaknesses. Carrie is trained in the use of PECS (Picture Exchange Communication System), Cued Articulation and PROMPT (Prompts for Restructuring Oral Motor Phonetic Targets).

Carrie is a strong advocate for parents/caregivers being an active part of their child’s therapy sessions as they play the most critical role in their child’s speech, language and literacy development.